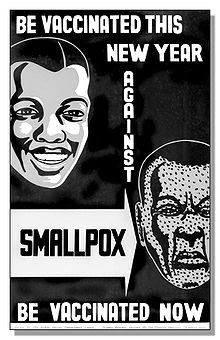 I may not know anything about medicine, but I have lived long enough to realize that if the government says something is safe, then it certainly isn’t going to be any good for my health. I may know nothing about epidemiology, but if all the doctors are saying that I should get inoculated, then I damn well need to keep away from their hypodermics.

Even if the theory behind vaccination is medically sound, there is a hidden agenda. Something has got to explain why public health officials go to such lengths to require that everyone is inoculated. Why would the bureaucrats care if a small number of children remain unvaccinated? (Logically, if the scientific principle is valid, there would be no one to give the occasional unvaccinated kid an infection – and there would be no other child to infect.) Do you really believe that a politician cares if some brat comes down with an infection? Do you really think anyone gives a shit about some bastard dying of measles?

I look at politics from one obvious perspective have culled over a lifetime: government exists only to control the citizens. Whatever politicians might put into law is not designed to protect the civilians, but to benefit the people in power.

When a stockyard vaccinations its animals, it is not done to protect the herd, but to maximize profits for the slaughterhouse. That very same principle is behind human vaccination. The government wants you to get injected for the exact same reason that the stockyard doesn’t want its sheep to come down with foot-and-mouth disease.

Vaccination is what the rancher does to his property. The government is determined to get every child inoculated not to keep them from getting some disease, but to demonstrate ownership. The bureaucrats want you vaccinated so they won’t get infected when it comes time to do the slaughtering.

When the government goons come after my hide, I’m going to make damn certain that I’m contagious. I’m making sure that some of them are going to feel the virus.
Posted by Mr. Mean-Spirited at 12:27 PM