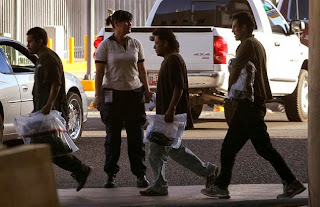 1. Ethnic hatred is inevitable. Let’s face reality: people don’t like each other no matter what. Different races are always going to hate each other: different tribal groups have loathed their neighbors throughout history, and different cultures are going to abhor one another to the end of time. Differing ethnicities are always going to despise each other. Whether you like it or not, two neighbors with oppositely colored skin are never going to get along. Tribes that fought each other for thousands of years of human history are not suddenly going to mingle and intermingle just because they have moved to a country with air-conditioning and indoor plumbing. The only way that a multicultural society can temporarily exist is for a totalitarian government to stifle this innate animosity.

2. Ethnic groups give preferences to blood relations. Every healthy clan is always going to give the benefit to members of their own tribe at the expense of outsiders. In any strong kingroup, the demands of blood take precedence over the laws of the host country. And since that alien populace is invading your homeland, that occupying population is far more vibrant and vigorous than your own native stalk. After all, there is something downright masochistic about assisting foreigners at your own expense. A public that weakens and impoverishes itself to come to the aid of exotic foreigners is on its last legs. Any immigrant group will flout local customs if they gain some advantage over the enfeebled majority.

Immigrants cross borders to take advantage of the people on the other side. Once the locals come to a fragile realization of this double-standard, the natives tend to develop a few resentments toward the aliens. The ruling elite will then use every resource of the totalitarian state to keep this antipathy and antagonism from flowering into bloodshed and butchery.

3. Ethnic mingling is unnatural. Forcing different people from all over the world to come to one spot and live together is abnormal, and this aberrant population mix will invariably result in social strain. The only way that government can prevent that tension from developing into violence is for the authorities to temporarily repress and oppress and suppress that healthy hostility toward outsiders. The minority will always resent the majority, and the natives will always be suspicious of the newcomers. Human beings are never going to get along with one another no matter how much diversity is forced upon them—and this normal and natural dislike is going to be expressed in terms of fists and bullets.

4. Ethnic tranquility is always short-lived. Authorities might well be able to fake a temporary calmness between the competing tribal groups by using a massive police state to hold these immigrant rivalries in check. But an ethnic truce is always transitory. That artificial bottling up of social passions will require ever-increasing amounts of totalitarian regulations and restrictions. Only a massive secret police network can hold a multicultural nation state together. Expanding diversity will inevitably result in enhancing governmental tyranny.

5. Ethnic mixing always increases the power of the police state. Terrorism is the immediate consequence when two distinct cultures are forced to dwell in the same geographic space. The ruling class will always try to put a stop to such cultural conflict with its secret intelligence system. For instance, right after the United States attempted to incorporate a massive flood of migrants from Eastern Europe in the early part of the 20th Century, the intelligence establishment launched the Palmer Raids against its own citizens. Just as refugees transform the cities with new ethnic restaurants and exotic palaces of worship, such a foreign influx also increases the number of secret police keeping watch.

As the demographics continue to change in the United States, individual liberty will proportionally decline. As minority population levels increase, there will be a corresponding rise in bureaucratic oppression. Whenever the authorities open the borders, the officials will invariably press down upon the traditional Americans with a heavy hand. The greater the multiculturalism, the greater the state surveillance. The greater the diversity, the greater the restrictions on free speech. The greater the “inclusiveness,” the greater the demands for political correctness. The more minorities on the city streets, the more the restraints on private gun ownership. The more the bureaucrats talk about tolerance, the more certain that the government will end up totalitarian. Diversity always ends up as tyranny.

No matter how many terrorist acts are committed by the naturalized arrivals, the establishment will invariably direct its repression toward the victimized natives. No matter how fanatical the migrants, it will always be the host population that is required to be more tolerant. No matter how many crimes the aliens commit, the indigenous population will consistently suffer the blame. The governing liberals will use immigration as an argument for heightening their scrutiny over the indigenous citizens. Curiously enough, the ruling class will use the exact, same feel-good excuse for inflating immigration (“protecting families and saving children”) as the explanation for increasing police spying (“saving families and protecting children”).
The greater the multiculturalism, the greater the extent of government surveillance of the victimized majority. The greater the social differences, the greater the state spying. The greater the level of foreign immigration, the fewer civil liberties that will ultimately remain. Only a massive and mighty secret police network can prevent ethnic rivalry from turning into ethnic warfare. Migration always ends up consuming every bit of a country’s freedom.

6. Ethnic hostility is the mark of a vigorous culture. Ethnic rivalries are the antibodies of culture. Hatred is a social immune system of society. Xenophobia functions the same in the social organism as white blood cells in the body. Repressing racial hostilities only makes the nation sick. Multiculturalism is a sort of infection of the nation state. Diversity is not strength, but a social cancer. Around the time you see minorities on every street corner, you know the country is terminal.

7. Ethnic amalgamation can best be prevented by provoking ethnic animosity. The only way to repel multiculturalism is not to petition your legislative overloads (we all know what a waste of time it would be to ask the government bureaucrats to actually follow the Constitution), but the way to reject diversity is to treat immigrants with a continual hatred. The only way to renounce the liberal agenda is to respond with constant malevolence. Remaining mean-spirited is the only way to resist the altruists. Kindness is always acquiescence. The spiteful citizen always refuses humanitarian conformity.