THE NECESSITY OF REVENGE 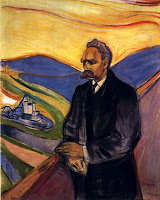 2. Never forgive, never forget. Never dismiss, never disregard. Keep a record of each time you were unjustly treated; keep a chronicle of every suffering; keep a register of all the insults you have endured. The sheer number of affronts will quickly prove that your mistreatment is not a matter of bad luck, but that you have been subjected to a deliberate and designed pattern of torment. Once you realize the extent of everything you have had to withstand, you will recognize the necessity of plotting reprisal.

3. Revenge is necessary for mental healing. No matter if you were victimized in childhood, the only way you are going to psychologically recover is to get even. No matter how many years ago you might have been abused, you must plot retribution. Never listen to those who tell you to forget: forgiveness is just the final stage of victimization; to "move on" is to give your oppressors their ultimate victory over you. In contrast, psychological healing is going to involve getting even with your enemies. A campaign of revenge is the only way that you are ever going to recuperate from being wronged. Vengeance is the only true closure.

4. Forgiveness is sick. A person who just wants to forget and go on with life is a wounded personality. There is nothing more evil than to just "get over it." There are certain people who abused over and over again in life, and it is precisely these mentalities that leave themselves open to the same pattern of victimization by forgiving and "moving on" with life.

You are not defeated by losing a fight; you are only overpowered when you have forgiven your enemies. The ultimate stage of subjugation is "turning the other cheek." The desire for revenge is the only sign that you still have some fight left in you.

5. The hypocrites who tell you to forgive are the same type of people who wronged you in the first place. When these do-gooders instruct you to turn the other cheek, they are merely trying to victimize you yet again. The same people who were on the student council throughout your school days are now the same characters who now tell you to forgive—and they still have that same smirk. People who insist on forgiveness have a covert agenda; their very lifestyle depends on you keeping quiet. The ruling class doesn't want anyone to "rock the boat" and upset their prosperity; after all, they got their plenty by taking advantage of people like you in their first place. The establishment has a vested interest in having you "turn the other cheek." The authority figures who now insist that you "put it behind you" are the very same types that wronged you in the first place. Society is always on the side of those who have harmed you; those sanctimonious moralists weren't ever around when you were being victimized.

6. It doesn't matter who you get even with; the important thing is the act of revenge. It doesn’t matter if you get revenge against the actual person who might have wronged you—what is important is just that you seek retaliation. It doesn’t matter if you extract vengeance upon a substitute target—there important thing is that you are seeking to put things right. What is vital is that you toss the boot into the machine; it doesn't matter who might be pushing the buttons at the moment. When you have been harmed, there are no innocent by-standers. Don't waste your time trying to track down the exact perpetrators who might have harmed you; the only important thing is that you discharge your retaliation upon a convenient target. When you extract vengeance, you get even with a class of people; you settle scores with the system that permitted this to happen. The establishment was not there for you when you were hurt in the first place; hence, you only put things right by working vengeance upon the institutions that callously failed you.

7. Revenge should be judged on the basis of ingenuity. The final target of a plan of retribution is not of such importance as the sheer cunning of the scheme. The more ornate the vindictiveness, the more potent the vengeance. Malevolence, not the target of opportunity, is what ultimately puts things right for the aggrieved. You will want to crush your oppressors with awesome retaliation.

9. Vengeance restores the celestial balance. Revenge ultimately resumes a basic cosmic harmony; when you have been wronged, the cosmos waits for you to restore the divine equilibrium by getting even. When you have been harmed by society, the universe itself goes out-of-kilter; only your act of retaliation can recover the primordial order. Vengeance, then, is ultimately a spiritual act. Retribution always brings something of the pagan back into modern civilization.

You need to realize that "turning the other cheek" does not make you a Christian; mercy only makes you a wimp. Spite is the mark of moral fortitude. In this cowardly age, vindictiveness is the surest sign of a man with backbone. Vengeance is the sign of the personal determination. A man proves his mettle by getting even. An individual with grit and pluck settles accounts. A man without spite is a man with substance.

The seeker of revenge always appear to outsiders as a figure of mystery. Society will never approve of your campaign of retribution, and the mundane taxpayers will always be incomprehending, but the vengeful individual will be surrounded by a curious sort of psychic energy. Vengeance does beguile all. There is no more potent force in the universe than the desire for retribution.

Revenge is the only thing that gives meaning to this reality. Retribution presents you purpose for this existence. Vengeance is the ultimate objective of life.

A real man does what he has to do. Vengeance is yours.
Posted by Mr. Mean-Spirited at 3:28 PM