GOVERNMENT TURNS CITIZENS INTO CRIMINALS BY TRYING TO MAKE THEM SAFE 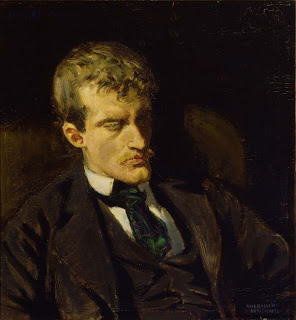 If constant government surveillance is going to treat everyone like a potential terrorist, then you ought to become an antisocial criminal just to spite the authorities. The more that the police try to clamp-down on crime, the more that ordinary citizens will then become outlaws out of sheer self-defense. If retail stores consider you as a possible thief with all their leering security cameras, then you need to shoplift just to cut the bastards down to size. Since the overlords want to keep track of your Internet habits on the chance that you might be inclined to download snuff films, then you should go ahead and become a filthy pervert just to teach them a lesson. Since your employer wants to drug-test your urine, you've got to become a substance abuser just to show them who is really boss.


If the ruling class is so afraid that you might act "intolerant" that it is willing to force you into sensitivity-training camps, then the only way to get back at the humanitarians is to be certain that everything you now utter is unashamedly hateful. If your elected representatives diligently try to eliminate hate-speech, you need to become a total bigot in order to retain your dignity. If the revenue-agents are going to behave as if you were a tax cheat, then you must transform yourself into a scofflaw in order to maintain your self-worth. Since the border guards want to search your possessions when you return to the country, you need to become the most skilled smuggler in history just to defend your honor.  Since the police want only confiscate a taxpayer's weapons in order to make him a better citizen, then you had better cache and conceal your deadly arsenal just to keep your self-respect.

Nothing is more sure to get a non-violent person to start thinking about plastic firearms than requiring him to pass through a metal detector. Nothing is more assured to change a law-abiding citizen into an antisocial hooligan than having a cop ask him a few questions at a checkpoint. Nothing is more certain to turn a valued staff-member into a bitter loner than forcing him to go through a team-building exercise on the job.
If the authoritarians worry that you might be up to no good, then you should take the hint and devote the rest of your life to evil. Whatever crimes the ruling class supposes that you are on the verge of committing shows exactly the way that the totalitarians can be defeated. Whatever the overseers suspect you of doing is precisely what you damn well should be doing.

The more the bureaucrats try to protect you from yourself, the more you need to fashion yourself into exactly what the busybodies are trying to suppress. Whenever the authorities try to diminish your personality by restraining your self-expression, the only way to preserve your sanity is to devote the rest of your life to making those very same officials pay. Whenever smug do-gooders tell you that some new regulation is "only for your own good," the free individual has a moral duty to get even with these meddling officials. Whenever the government tries to make you "safe" by restricting your freedom, you need to become the outlaw that every bureaucrat secretly fears.

If the liberals treat you like crap, then you need to give them shit.
Posted by Mr. Mean-Spirited at 12:02 AM No comments:

I DON'T CARE TO KNOW YOU


Look, pal, I don't want to know you. I've already met quite enough people in life. I've reached my limit of strangers who seek to be my friend. Don't try to introduce yourself; I don't want to make your acquaintance. Don't offer me your hand because it won't end pretty.

I don't care what you might want to tell me. I don't give a rat's ass about your beautiful mind. Those deep thoughts of yours are of no significance. Your sufferings don't interest me, and your joys merely bore the crap out me.

All the good that is in your heart just makes me loathe you even more. No matter what you imagine you have to give, I'm not accepting.

Your dreams and wishes only disgust me. That smile on your face makes you even more repugnant. Your very existence turns my stomach. Having to look at you is the most nauseating thing of all.

Don't ask me for anything—because I ain't offering you nothing. I'd tell you to go fuck yourself, but you're not worth the effort.

I've had my fill of human beings.

Sometimes the greatest act of wisdom consists of not giving a shit about other people. Friendship is merely a process designed to ensure societal compliance; fraternity is just another form of socialization. If you want to liberate yourself from conformity, social bonds are the first tie you must cut. If you start feeling lonely, you're doing life right.

There is a reason why most citizens never want to free their minds; thinking for yourself is always an unpleasant experience. An individual who manages to break free of social conditioning is going to be one unhappy asshole. Like it or not, arrogance and loneliness are always necessary to ensure an emancipated personality.

If you know yourself, you don't need any friends. If you truly understand yourself, other people have nothing that you're going to need. Friends just get in the way of the important things in life—like being alone with yourself.