WHAT DIFFERENCE DOES IT MAKE IF YOUR CHILD GOES HUNGRY? 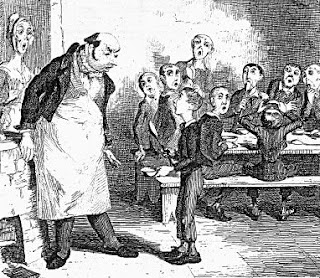 ﻿
What difference does it make if your kid goes hungry? It is not like the brat is going to amount to anything anyway.

If you could see one particular child’s entire life objectively, you would witness that the selfsame brat is never going to accomplish anything. If you could watch his entire life from birth to death, you couldn’t help but observe that he would never achieve anything. Never amount to anything no matter how much he is fed. If you could scrutinize the entire span of a child’s life, you would see that he will be just another failure like everyone else.

What difference does it make if your kid doesn’t get an education? Not like the kid is going to learn anything in government school. Not like your offspring would have the brains to understand anything anyway.  By society’s own standards, a given child is not likely to make any relevant contribution whatsoever.  By any objective measure, one kid is hardly likely to advance civilization in any manner.

What difference does it make if your child should go without? Not like anything is going to come out of your fat-ass kid but shit anyway. Life is a disgusting nightmare: the sooner children realize this horror, the better. Once your brat knows the terror of existence, he won’t want to do anything with his days anyway.

In the great span of human history, your offspring is of no importance whatsoever. And should be treated as such. Instead of trying to nurture another generation, you should have first tried to enhance yourself.

PARABLE OF THE TRANSIT BUS 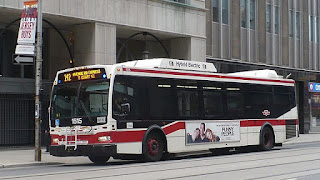 ﻿
Life is like a city bus, with sticky floors and smelly riders. Think of a transit bus running on time – with all the seats taken and passengers standing in the aisles. All of a sudden, the driver sees a woman in a wheelchair, hastening toward the bus – the cripple is late for the stop, so the operator patiently waits several minutes for her to arrive. By the time the coach finally reaches the station, the bus is now behind schedule, causing 30 commuters to miss their connections. Because of an action of compassion for one person, a couple dozen others are late for their appointments; one fellow will even lose his job because he gets to work so late. A single act of kindness always ends-up harming others. The world runs best when people mind their own business.

One good deed will ruin your whole day.
Posted by Mr. Mean-Spirited at 11:35 PM 3 comments:

DO NOT BECOME AN OBEDIENT CITIZEN 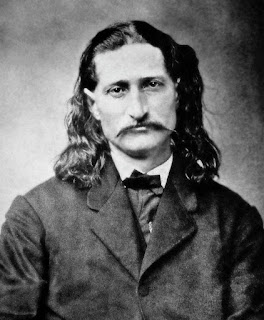 Do not give government the satisfaction. Do not ever consent to the system by casting a vote. Don’t perpetuate this corrupt arrangement by making any contribution to society whatsoever. Do not fund this oppressive social order by paying any taxes; you should always be scrupulous enough to live just below the income threshold.

Don’t start making things easy for the do-gooders. Never do anything that might benefit other people. Don’t ever let this become a better world for any future generation; you should only be in this life for yourself.

Don’t ever recycle; fill this world with as much rubbish as you can generate. Do not conserve resources; go ahead and waste reserves for the simple goal of keeping other people from getting their share. Squander the environment – it’s there for your use. Be as petty as turning the thermostat to the max and leaving the water running – or you can be as grandiose as spreading something incurable in the crevices of the social body.

Do not participate in the community. Be hostile, not hospitable. Be intimidating, not intimate. Be arrogant, not affable. Don’t give a shit about anyone else – not just because you are a selfish bastard, but because strong social ties make totalitarianism all that much easier. The more the neighborhood is bonded together, the greater the tyranny. 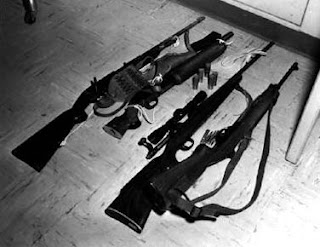 Spree shootings are a mark of freedom. Paradoxical evidence, to be sure – but random killings are still a dead-certain marker of a nation’s liberty.

Think of it like this. The more traffic accidents each month, the more extensive is the nation’s transportation infrastructure. The more miners that perish in cave-ins, the greater the geographic extent of the subterranean coal mines. And (wait for it) the more mass killings reported in the news, the greater the individual citizen’s access to firearms – and that means the greater the personal sovereignty. The more bullets raining down on the population of a city, the greater the firepower in the possession of the citizens.

Victims, whether of automobiles or anthracite or ammunition, are just collateral damage. Your freedom is always more important than possibility (remote possibility, mind you) that some stranger might come to a rather unfortunate end. Who cares about the assholes that might conceivably be caught in some unknown assailant’s crossfire? – someone else’s bad luck is no concern of yours. Somebody is always going to die eventually – just so long as it isn’t you.

The greatest threat to civilization is not the occasional shooter, but the politician who wants to do something about it. The probability of a straw bullet actually piercing your skin is almost infinitesimal – but the government’s attempt to restrict your constitutional right to carry weaponry is a far more immediate worry. It is not the lawbreaker that will hurt you; it is always the lawmaker that does you harm.

In today’s America just as much as back in 1776, the scent of gunpowder and blood on the streets is the smell of freedom. Stuff that up your nostrils.
Posted by Mr. Mean-Spirited at 4:50 PM 1 comment: