IN PRAISE OF THE SMARMY MALE 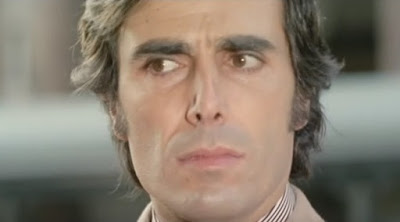 The gamma male is usually depicted as some smarmy bastard who uses people to his own ends.  And I am thinking: this is supposed to be a bad thing, right?  The more conventional members of society tend to depict the gamma male as somebody who just won’t play the game.  And I’m reflecting: damn, this all sounds pretty good to me.  The gammas are just bitter old assholes waiting in the shadows for a chance to strike back against society.  The smarmy man will do anything, say anything, think anything that will give him an advantage over the rest of humanity.  All that a gamma male might ask in life is to get an edge over his neighbors.

The existence of the smarmy male threatens the basic communal hierarchy. The herd insures compliance by forcing human being to accept particular social roles – the gamma male menaces all that.

The alpha male is just the best of the betas.  The alpha male may be the captain of the little league team, but he is still playing sports-ball wearing a skid-marked uniform.  The beta males are merely the rest of the players in the game.  The sigma male might be doing the coaching – still part of the athletic performance – but too past-it all to be part of the squad.  And the gamma male … well, the smarmy character is the kid taking advantage of everyone being at the stadium and, then, using the group-activity as an opportunity to look for incriminating evidence in the locker room.

The alpha male might go home with a woman from the bar on a Saturday night – but the other six days of the week, he is showering with a crowd of naked men at the local gym.

The alpha male owes his place in the pecking order to his conformity.  The only thing alpha about him is his alpha level of obedience.  The alpha male may well be the best soldier in the platoon – but no matter how brave, he is still just cannon-fodder.  The beta simply does what he is told: the beta male just wants to be part of something greater than himself; the beta male just wants to fit in.   The sigma man always deluding himself that he is a bit more cunning than he actually is – but certainly not clever enough to realize that he is still part of the system.

There is much to praise about the gamma male.  The gamma is not gullible – say what you like about his manipulation of other human beings, a smarmy man will not be taken-in.   The alpha male might be the anchor-man on the television, but the gamma male isn’t about to trust the mass media no matter who reads the news.   Thinking for himself is what makes the outcast creepy in the first place. Putting himself first is why others call him smarmy.   The gamma male will pretend anything if it benefits him in some way – the smarmy man, then, is a born survivor.

Make no mistake about it, society despises a smarmy man.  And for good reason, a creepy bastard is the only citizen that dares to oppose social norms.   Only the gamma male is the real opposition to the hyper-conformity of the alpha male.

The gamma male is a consummate private detective.  The gamma male does not want to be a “secret king,” but a secret agent.  The gamma does not want to be John Kennedy – as much as J. Edgar Hoover.  The smarmy personality is stealth persona.  The sham is not fakery, but a sort of behavioral disguise.   Just as it is often necessary to become an undercover agent in order to understand the dimensions of corruption, so it is necessary to become a bit smarmy is order to see the extent of the collective oppression.

The gamma male sees the big picture.  The gamma has perspective – that standoffishness is precisely what makes him so damn smarmy.   The gamma is apt to criticized for “over-thinking” and “over-analyzing” things – demonstrating a superior perception to that of everyone in the herd.

The gamma male is born skeptic.  The gamma is the most fucking observant bastard that ever existed. The gamma sees all – and forgets nothing.  Forgiveness is not something that would ever occur to him.

In these difficult times, there is something disreputable about the individualist – and this disrepute gets expressed as smarminess.
Posted by Mr. Mean-Spirited at 10:37 AM 9 comments:

AIN’T NO WAY OF AVOIDING ABUSE 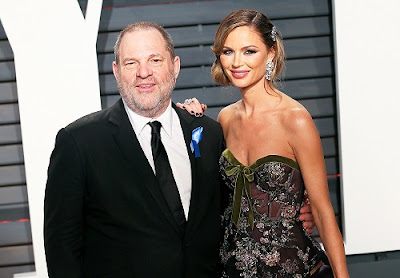 We’ve all seen Hollywood producers trying to defend themselves against claims of raping starlets.  We’ve all heard of politicians trying to explain away multiple accusations of molesting interns.  We’ve all watched news anchors trying to excuse their perverted exploitation of freshly-hired reporters.  There sheer number of such claims might well actually demonstrate something absolutely inevitable about human behavior.

Why so much abuse?  Because it the norm.

During all previous eras in human history, women had to withstand appalling exploitation.  Liberals would like to claim that this generation is somehow different.  What makes these modern-day snowflakes so fucking special?  Everyone reading these words has suffered as the result of other people – these contemporary victims need to go through exactly the same amount of pain.

Throughout history, men have always harmed women, and females have always accepted the hurt.  Human beings have always injured each other – and that is as true in this century as in any other.  Just because we use cell phones and laptop computers does not mean we have stopped trying to wound each other.

Abuse is what we do to each other.

I am not defending the evil that man doers – just acknowledging it.  There is no way to eradicate abuse, so you shouldn’t even bother trying.  Part of acceptance involves letting things run their course.

Evolution has designed things like this: women are disposable creatures and men are disgusting characters.   If being ill-treated is your lot in life – then you better get used to a lot of ill-use.

A female will always permit herself to be abused – but she will always demand a user-fee for her acquiescence.  No matter how extreme the exploitation, no matter how excessive the manipulation, the woman is always going to want something for her compliance.   It is not the perversions required of her – but a paltry recompense that will trigger her recriminations.

If this is what movie moguls do to actresses, no wonder there are so many starlets trying to get their tits in the door.
Posted by Mr. Mean-Spirited at 11:35 AM 3 comments: