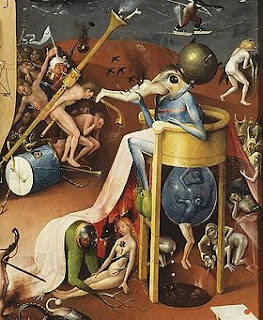 If you are poor, then you are never going to heaven.  It’s as simple as that.

It might be easier for a camel to go through the eye of a needle than for a rich man to stroll into heaven – but, at least, the possibility is open.  It might be somewhat difficult for a wealthy gentleman to attain paradise – but, at least, it is achievable.  In contrast, an impoverished man has no chance whatsoever of getting into heaven.  A penniless man cannot afford the cover-charge to kingdom come.  A lowly man will never reach on-high.  The meek might inherit the earth, but they aren’t getting near the celestial realm.

The pattern you set in this life will continue after your death.  If you are worthless on this planet, then you are going to be just as worthless in the world to come.  If you have no value in this existence, then you will never have any value after your passing.  Unless you have achieved something of note on earth, then you will not attain anything in the great beyond.  If you don’t live in luxury in this world, you sure as shit aren’t going to live in luxury in the otherworldly realm.  Deadbeats are about as welcome after death as they are in your country club.

The anguish is never going to end.  If you are unloved now, you will be unloved forever.  If you are disheartened now, then that despondency is going to remain with you for all time.  There is nothing that can be done to alter your nature.  If you are hurting now, then you are going to be harmed forever – because you damn well deserve it.  If God wanted you to experience bliss in the afterlife, then you would be enjoying your existence right now.  If God had destined unimaginable luxury for you in the great beyond, then you would have a foretaste of that lifestyle right now.  If you are going through hell in the here and now – then you will only be going to hell after your death.

Money may not buy happiness – but it sure as shit will buy salvation.  There is a reason why St. Peter is guarding the pearly gates – he is waiting for you to slip some folded currency into his hand the same that way you get past a doorman at an exclusive nightclub.  There is a reason why the ancient Greeks buried a person with a couple gold coins – you need to pay your bills in the afterlife just as you cover your expenses in the big city.  You don’t get a free lunch in this world – or the next.  The Holy Ghost has no use for freeloaders.

Sure, you may think the reason why I am making this claim that a human being must be wealthy in order to get into heaven is only because I, myself, have access to phenomenal riches.  Quite the opposite, my friend.  I am as poor as you are – the only difference is that I am willing to accept that I am destined and directed to go to hell.  I acknowledge that God has it in for me.

And if you are some filthy atheist who imagines that suicide will allow you to escape this earthly pain and slip into nothingness – boy, are you in for a surprise.  Just as you deserved every mishap in life, so you deserve continued misfortune after death.  You are destined to get beat down – and there is no avoiding a beating in this world or in the beyond.

If you are unlucky in this life – then you will continue to be unlucky after death.  If you can’t make it in this world, then you can’t make it in next.  If your guardian angel is not watching out for you on this planet, there won’t be anyone helping you out in the next.  If you are not blessed right now – how the fuck can you expect to be blessed in the life to come?

Let’s face it, you failed in life.  And if you are worthless in this world, then there certainly isn’t anyone that is going to want you in the world above.  If you are fucking useless here and now – then you will be just as useless when you do yourself in.  If you have no money, then you have no value whatsoever.
Posted by Mr. Mean-Spirited at 6:43 PM 17 comments:

I AM GOING TO KILL YOUR DOG 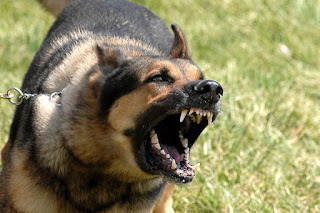 Damn noisy creatures too. Always barking and bothering about my hob-nailed footwear. Always yipping and yapping at my steel-toed boots. Always snarling and snapping at my hickory cane.

I have never understood why people might waste affection upon such disgusting beasts.

Conformists will put up with many things – including a hatred of the human species. But the one thing that do-gooders cannot abide is hatred of their house-pets. You can refuse to kiss their baby and they will accept your squeamishness, but if you should refuse to pat their puppy, then you will be truly ostracized.

The worst thing about a pet is always its owner. Everyone thinks their dog is so cute; I got news for you: that hound isn’t. What is it about a dog-lover that makes him think some random strangers want a drooling cur to run-up and lick them?

The more sociable the person, the more likely they are clutching a dog leash and clasping a plastic bag full of dog shit. It is like the feces are some theatrical prop that allows them to interact with other turd-carrying neighbors.

When I observe some idiot leaving a pampered doggie in a hot car, I knock on the window – hoping the dumb animal will prance about and, ultimately, die of heat-stroke. (Naturally, I wish it would be the human that might expire, but I’ll settle for the varmint.) When I see a dog shitting on the sidewalk, I unintentionally – accidentally, mind you – drop my candy bar, hoping the damn thing will gobble up all that king-size chocolate. I have these police-grade devices that emit this high-pitch ultrasonic wail; I sometimes a take a couple dog-deterrents out to the park to see if they are still working (ain’t my fault if some canine should suffer; sign says “no dogs” at the entrance). Had a neighborhood dog snorting around my flower bed; one night a bunch of fiberglass shavings and powdered cayenne pepper got spread around the garden (must have been those mischievous gnomes that did such a thing) – didn’t get any more sniffing after that.

Your dog comes on my property and I feel a threat. And when I feel threatened, I protect myself. And by protecting myself, I kill your doggie. Paws up, pal.
Posted by Mr. Mean-Spirited at 4:07 AM 9 comments: